At Spruce Street Commons, we are in the business of restoring historical buildings, some over 100 years old. Coming across unusual design choices is just part of the job. That being said, no property is as “unique” as the penthouse at the Touraine.

Historic Preservation journalist Starr Herr-Cardillo explains the fascination around the penthouse best: it’s “an homage to southwestern architecture atop a grand 20th-century hotel building in Philadelphia.” It doesn’t get any more peculiar than that!

Starr recently wrote an incredible piece about the penthouse and the interesting, but little known architect behind it: Adolf DeRoy Mark. As renovations have begun on the penthouse, we thought this was the perfect time to dive into the history of both the penthouse and the man who created it. After, we will look to the future and reveal how our vision is more similar to Mark’s than one might believe.

One of Mark’s designs in Society Hill featuring a front atrium and a long exaggerated chimney. | Photo: Starr Herr Cardillo

Adolf DeRoy Mark was a Philadelphia native who brought a striking new style to his historic hometown. His work was intentionally whimsical, outlandish and eye-catching. Starr Herr-Cardillo shared that descriptions of his style ranged from “romantic and flamboyant” to “slightly perverse.”

In her piece, Starr explained how much of Mark’s work in Philadelphia took place in Society Hill during the city’s focus on historical preservation in the ’60s and ’70s. Mark’s work in the neighborhood is easily identifiable today by their “exaggerated proportions, eclectic stylistic elements, and unusual feel.”

For many of Mark’s peers, “historical preservation” meant keeping the street appearance of the property while completely gutting the inside. Mark did things differently. Starr wrote about how he went out of his way to carefully incorporate elements from the original home into the renovation. What he couldn’t use from the original design, he sourced from his collection of salvaged pieces of Philadelphia’s history.

“Salvaging” was a big part of Mark’s work. While many pieces consisted of refurbished art from his travels or antique furniture from old buildings, Starr explained that Mark wasn’t afraid to get dirty or completely reenvision raw materials. It was not unusual for him to find doors at a junkyard, use tile from Philadelphia trolley tracks or make pillars from the brick of a demolished building.

A Piece of Santa Fe in the Sky

How did the penthouse get its signature adobe-style? Starr explained that Mark had been living and working in Scottsdale, Arizona for 5 years when was asked to redesign the penthouse. As his work had always been influenced by the history of his surroundings, he “brought a bit of desert flair back to Philly.”

Starr explains how the penthouse combines Mark’s key design principals with “deliberate and sophisticated” pueblo-style nuances. His love of light and open spaces is on display with the floor to ceiling windows, skylit atrium and porthole windows. The living room is completely open with just a central kiva style fireplace as the focal point.

The walls in the penthouse feature built-in wall nichos, which Starr explained are quintessential to southwestern design. The unit also features many signature Mark design elements such as the “rounded columns and slightly arched ceiling” which create “clean, geometric windows.”

One of the most interesting parts of the penthouse is how Mark brought his beloved gardens to the rooftop escape. Starr shared how Mark surrounded the penthouse with “terraced gardens planted with southwestern-style grasses.” The combination of the garden and the floor to ceiling windows created “the illusion of looking out at open grasslands and big sky from within.”

The End of an Era

Over the years, the penthouse has been home to some interesting characters in Philadelphia’s social scene. As a result, it was the location of many epic, all-night parties in the sky. Before starting renovations on the penthouse, we decided to host one ourselves. In honor or the 100 year anniversary of the Touraine, we held a neon party in the penthouse featuring historical signs from the Neon Museum of Philadelphia.

Each resident left their own mark on the penthouse. The late Craig Drake, a Philadelphia jeweler, removed the terraced garden and added secret built-in compartments for his precious jewels. As the baton is passed to Spruce Street Commons, we have revisioned the penthouse in a modern, brutalist architectural style. While restoration is our priority, structural issues have required a complete renovation of the property.

As Starr Herr-Cardillo and other preservationists are saddened about the “end” of the city’s most unusual piece of architecture, here at Spruce Street Commons, we are excited about this new endeavor. And we believe that our vision is more similar to Adolf DeRoy Mark’s than one may think.

Brutalist architecture is a far cry from southwest style. However, the reenvisioned penthouse will have a striking, attention-catching exterior and an open, peaceful interior – just as it did in the original design. Mark’s beloved use of large windows and light will be present as well. The floor to ceiling windows in the renovated penthouse will illuminate the living space with sunlight every day.

The new exterior of the penthouse will feature exposed structural elements, a brutalist nod to the exposed wood beams that Mark valued so much. We also made the choice to add second-floor living space in order to expand the space on the first level. This additional space will allow us to add a modern version of Mark’s greenery in the sky.

The greatest similarities will be seen once the structural design elements are complete and interior design begins. Mark’s appreciation of salvaged, local elements is something that deeply resonates with us at Sprue Street Commons. Just as he incorporated these pieces into his designs, we will incorporate little pieces of Philadelphia art, culture, and history into the penthouse and all of our properties. In this way, Adolf DeRoy Mark’s pioneering vision and the spirit of his work will live on. 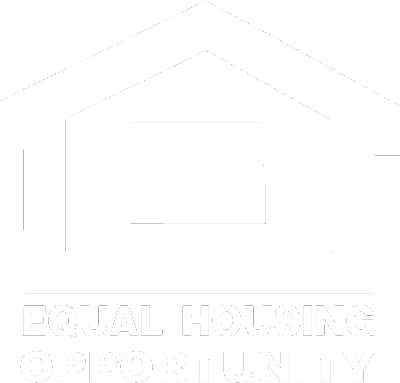